In our previous article, we have covered the importance of going for birth classes so that you can be better prepared to become a good birth partner. But for those of you who have not attended birth classes and the day when baby eventually pops out is looming nearby, then I have something to ask you: Does your only experience with labour consist of little snippets of labour scenes that you have watched on television?

If it is, then I have something to tell you: throw whatever that you can remember out of the window because actual birth is NOTHING like in the movies!

Here are the reasons why…

I remember this being my only version of before I eventually became a mother myself, and to be honest, this version makes look and sound a lot more traumatic than it is. The truth is, is a long and gradual process, which begins with light contractions which will eventually intensify and occur more frequently as active approaches. And for quite a number of women, the water bag doesn’t break until much later into the labour, and by that time, they will no longer need to scream, “MY WATER BAG BROKE!!”

The beauty of this is that because the pain increases slowly gradually, your wife will somehow be able to mentally adjust the pain threshold that her body can take.

What you need to do as a husband: Encourage your wife to walk around a lot during labour. If lying down can be avoided, avoid it. If you can avoid going to the hospital early into labour, avoid it, because they will force you to lie down. Lying down will not help with the progress of labour neither will it help with the pain management. Walk with your wife and give her gentle back rubs and hip squeezes and that way, you might help quicken the process.

This video can also help you learn how to manage pain during labour, for those who are visual learners: https://www.youtube.com/watch?v=YvBRXH7gxP8

All these, along with knowing when to go to the hospital, can be learned if you have been diligent and done your homework.

NO, there should not be any pushing in fact, especially in early labour. A lot of first-time couples – because of the influence of TV shows – think that they need to push. The truth is that the mother’s body will push the baby out itself through a series of contractions. When the mother exerts herself too much early in labour of this false need to push, chances are, she will eventually become too tired to last through the entire labour.

What you need to do as a husband: You should not be telling your wife to “push, push, push.” Remember that the woman’s body will naturally push the baby out, so what you can do is to help her focus on breathing. Again, all these require you to do your homework.

Here is the thing: C-sections can cause complications for the next pregnancy and make recovery a lot worse for the mother. So why are doctors pushing for C-sections at such an alarming rate? A study by medical journal BMJ states that financial incentives for doctors and hospitals seem to be the driving force behind the sudden increase in number of C-sections. This means that a lot of the C-section cases that we have heard of are unnecessary and the minor problems that make them seem so necessary are actually easily resolved had the doctors been a lot more patient.

What you need to do as a husband: Equip yourself with knowledge because in the delivery room, when your wife is too weak to protest, you need to step in and make the right decision. Of course, the decision must also be an informed one, which is why going for birth classes is very important.

Ultimately, a natural and non-traumatising birth can only be achieved if both you and your wife have a good and solid birth plan, and have mentally prepared yourself for the pain that will come.

Labour is going to be painful, as mentioned in the Holy Quran

But the fact is that millions of women have done this because Allah swt has equipped the female body to be able to withstand the hardship of labour. Subhanallah, all glory is to Allah!

In Islam, the concept of tawakkal is most often abused and used to make excuses for one’s laziness in doing something. However, true tawakkal is when a Muslim has already made all the necessary preparations in order to face something, and then leave the outcome to Allah swt, AFTER giving it his best shot. Hence, the same is true for childbirth. A husband cannot sit around and do nothing for 40 weeks, expecting his wife to do everything related to having a baby, and then sit in the labour ward doing nothing but saying, “I leave everything to God.”

That is not tawakkal, bro; that is foolishness and laziness!

True tawakkal in the face of labour is when you have already done all the necessary homework such as taking care of all your wife’s physical, mental and spiritual needs during pregnancy and knowing what to expect in the delivery room every step of the way and knowing when to step in. The actual outcome can then be left to Allah swt.

There are obviously zikir and surahs that you can recite or play on an audio device in the background. However, as mentioned in our previous article, there is no authentic hadith that touches on specific zikir or surahs that you can recite during labour. This list that I am about to share with you is compiled by students of Habib Umar bin Hafidz, may Allah swt preserve him.

Zikir and surahs to recite during labour:

May this list help you and your wife during labour, insyaAllah.

Being prepared for the worst

No matter how much effort and preparation you both have put into the pregnancy and labour, a Muslim must still be prepared for the worst – that is part of tawakkal. One has to learn that even in the worst possible outcome, it is actually still the best thing to happen to you. Allah swt already has our lives planned out for us and everything that happens to us every day, down to the millisecond, happens because it is the best option for us at that point in time. That is the true essence of having faith in Him.

As such, one must always prepare for the worst – in labour, it could be the departure to another world of a baby who has been waited upon for 9 months, or it could be the mother-to-be who could die during labour. There is a reason why labour is called as such – it is a process that requires labour that no other work can compare to, and the reason why going into labour is akin to going for jihad.

May Allah swt reward the couples who remain patient in the face of adversity and may He grant them Jannatul Firdaus.

“And certainly, We shall test you with something of fear, hunger, loss of wealth, lives and fruits, but give glad tidings to As- Saabiroon (the patient).

Who, when afflicted with calamity, say: ‘Truly, to Allaah we belong and truly, to Him we shall return.’

They are those on whom are the Salawaat (i.e. who are blessed and will be forgiven) from their Lord, and (they are those who) receive His Mercy, and it is they who are the guided ones”

Whoever bears such grief and accepts the will and decree of Allah swt will have a great reward by His bounty and grace. Recite

“Innalillahi wainna ilaihi roji’un” (Truly, to Allaah we belong and truly, to Him we shall return)

for this helps one to remember that everything comes from Allah and we all will eventually return to Him, even if it is not our turn this time. If you are one of those tested with this trial, I pray that you will be given the strength to go through this.

For the rest who are blessed enough to have both wife and baby pull through this difficult stage, the fourth trimester begins.. Yes, you read that right. The period of adjustment to life with a new baby is famously called the fourth trimester because believe me, it is just as hard as pregnancy, if not harder.

But, more on that in the next article…

Sis Suliyati is the founder of @MuslimParents.SG. As a mother-of-two herself, she wishes that there were more resources made available for the Muslim family in Singapore, hence the reason for this brand to be born.

*This article is protected by copyright law. No distribution, redistribution or copy in any medium is allowed without written approvals.

This article is sponsored by AQIQAH.SG﻿ AQIQAH.SG is a one-stop service for the following services:

Visit www.aqiqah.sg for our packages. 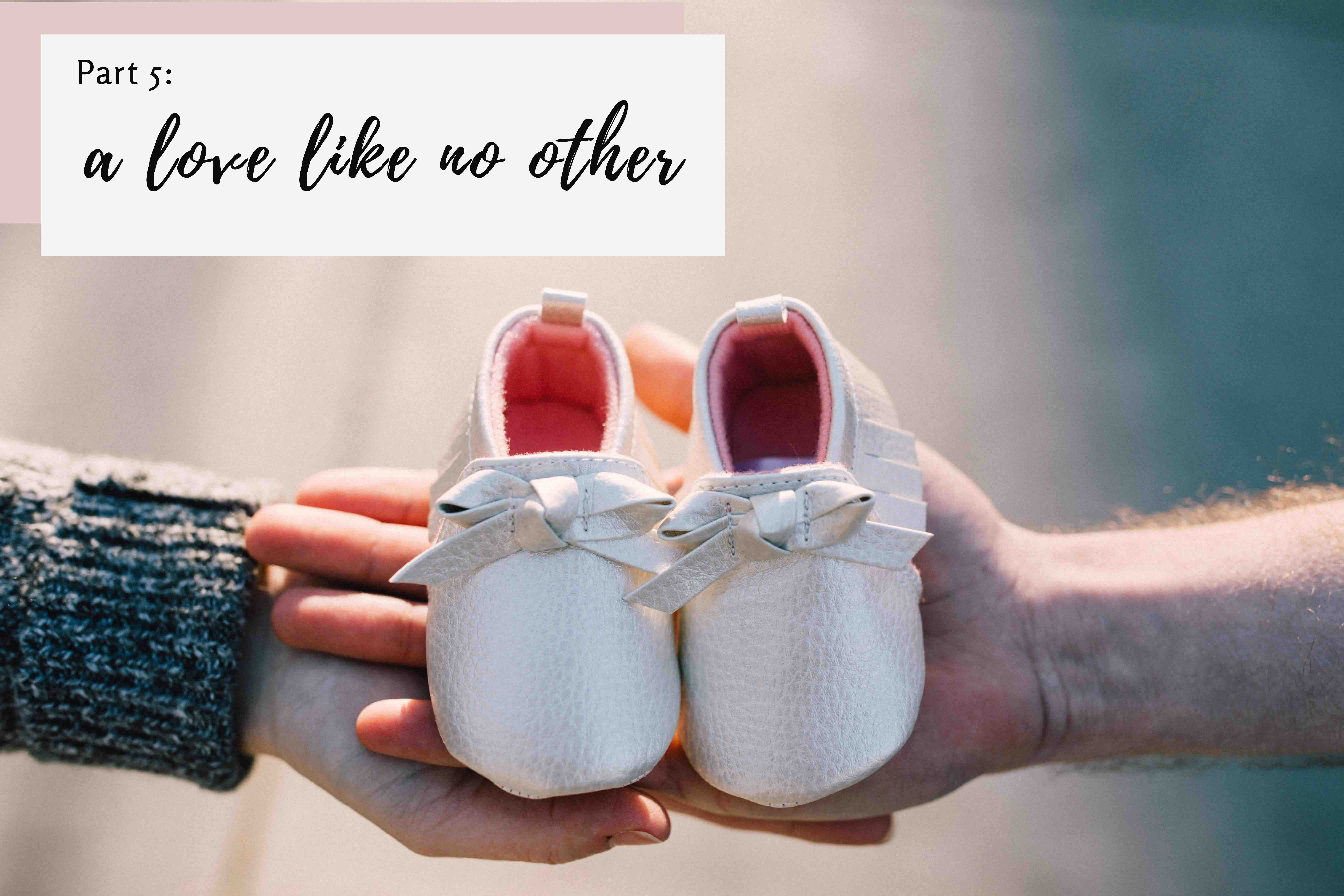